Stark contrast – Maisie Williams looks a world away from her “Game of Thrones” character on the latest cover of Tings magazine (2019).

The British actress appeared to shed the tomboy persona of Arya Stark by going braless in a checked pink power suit and high heels. She then finished off the look with a white and black hat.

The 22-year-old star is hoping to move on from her famous fantasy character who went on to become one of the heroes in the final season of Game of Thrones by assassinating the Night King. 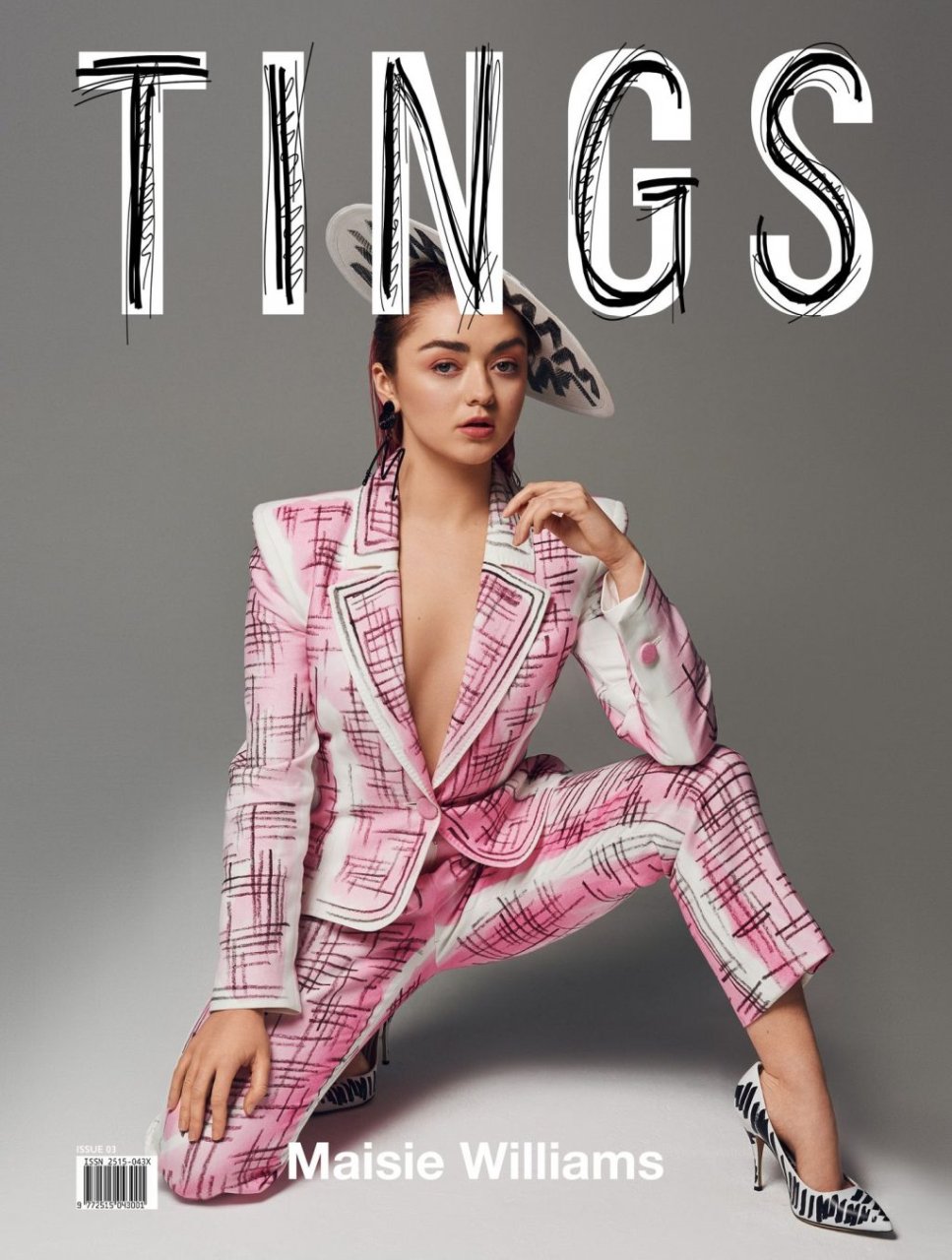